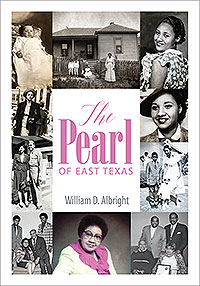 The Pearl of East Texas

William D. Albright’s “The Pearl of East Texas.” Have you met a real Hero? Whether showing bravery when others thought all was lost or the rise of an individual to stand up against the denial of his or her constitutional rights that changed a nation. Such was the case of Mattie Pearl Albright. This book tells her remarkable and extraordinary story of love, charity, compassion, and leadership. Born in the early 20th century, Mattie grew up in the Jim Crow era in Shreveport, Louisiana, and eventually moved with her husband William to East Texas. In each location, she was a standout, whether at her segregated high school in Shreveport, starting and managing one of the few credit unions established for blacks in Los Angeles, or being an avid volunteer, serving on the city council and founding two chambers of commerce in East Texas. She achieved all of this while raising and nurturing a family.

Outskirts Press wants to help you reach your reading audiences—all of them. When you purchase the Ultimate Black & White or Full-Color publishing package now, we’ll give you a free:

That’s over $1,000 in free publishing options to make your book instantly available to millions of readers worldwide!

To claim your 3 FREE eBook editions plus Google Books Preview, purchase the Ultimate Black & White or Full-Color publishing package while this limited-time offer lasts and enter promo code ebksgoogle at checkout. The free eBook editions will be added to your account within 48 hours.

“With all the butterflies that came with my first publishing, Outskirts Press provided a great environment and helpful services. Their services were first class. Overall grade of A+” – Sean Senovich, author of The Slayer Chronicles: Community: Book 1 of the Homeland Trilogy

David Gottstein is self-publishing a book with Outskirts Press, and wants your help deciding his upcoming book cover.

A More Perfect Union- Unifying Ideas for a Divided America

We are a divided country, but we don’t have to be. A More Perfect Union-Unifying Ideas for a Divided America is the essential guide for a polarized country. Author David Gottstein has identified the most pressing issues that Americans must address to prosper at home and abroad. More importantly, he offers common sense solutions that will unite Americans regardless of their politics. Imagine solutions that provide enough water and energy for generations, leaving a cleaner planet in return. Imagine a way to end unemployment and welfare as we know it. Gottstein shares a vision of America where success is based on how hard you work and not where you were born. If you are looking to be inspired by an America that can be, you have found the right book. Read it, share it, and add your voice to A More Perfect Union.

David Gottstein is President of Dynamic Capital Management with a degree in Economics and Finance from the Wharton School. He has been a political activist working behind the scenes, in a bi-partisan role for more than 40 years. He was the founder of Backbone, a political action alliance of Republicans and Democrats, dedicated to finding common ground.

(If a survey poll is not displayed above, please open this page in another browser to vote.) 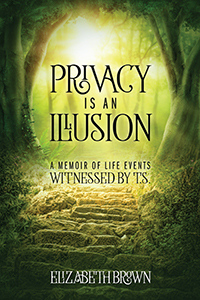 Privacy is an Illusion: A Memoir of Life Events Witnessed by T.S.

Elizabeth Brown’s “Privacy is an Illusion: A Memoir of Life Events Witnessed by T.S.”  Issues confronting people have not changed that much over the centuries, and generation after generation must deal with them. Written by clergy member Elizabeth Brown, this book is for feelers and thinkers who know there is no one answer to life’s riddles. The reader is responsible to write in their own minds what happened before and after. They must ascribe the meaning. This quirky book is not for the faint of heart, but maybe, it will help us think more kindly and less harshly.

Announcing the Self-Publishing News premiere of the book video trailer for Beyond the Triangle (published by Outskirts Press, September 2020), by C. P. Stewart.

The Bermuda Triangle: Portal to a Terrifying Future

When storm and fog engulfed the pleasure boats Oblique View and Blue Heron within the Bermuda Triangle, the last thing the passengers expected was to be transported from 2005 to 2283. It is now 2288 and the time travelers have adjusted to their new normal, though it’s completely different from their early twenty-first century life. Jake Myers and his family live in Philadelphia, while Oblique View’s owner Mason Bankowski lives in Jacksonville, which is surrounded by a wall to protect its citizens from the undesirables living outside. When Mason can’t be contacted, Jake and Juan Morales, Mason’s former first-mate, travel to Jacksonville to find him, but instead discover a city controlled by malevolent forces entrenched from two different centuries. Danger lurks everywhere, from soldiers patrolling the city to a government leader concealing a devastating agenda. Are the people living outside the wall as dangerous as they are alleged to be? How many soldiers, guards, and police are victims of mind control . . . and who is controlling them? Can the huge nuclear missile-laden submarine be stopped in time? As pervasive evil closes in with desperate, life-threatening situations, Jake and Juan must use all their ingenuity to save not only their loved ones, but everyone living in and around Jacksonville. A pulse-pounding thrill ride, Beyond the Triangle is the adventure novel you’ve been waiting to get lost in! 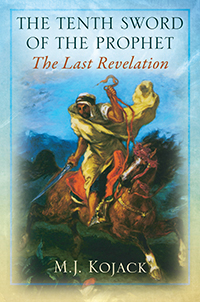 The Tenth Sword of the Prophet: The Last Revelation

M.J. Kojack’s “The Tenth Sword of the Prophet: The Last Revelation” is a murder mystery that unravels multiple conspiracies that lie deep within the history of nascent Islam and the Judeo-Christian Heritage. At the center of the story is Michael, a brilliant Professor at Princeton University who specializes in Middle Eastern anthropology and is an expert in ancient Semitic languages. Right at the heels of a shocking murder at the Saint Catherine Monastery in the Sinai, Michael is summoned by top Clergy to help lead the investigation. This pivotal event catapults Michael into a hazardous adventure of murders and intrigues set with the backdrop of religion and politics in the Middle East, including the theft of sacred relics from the Topkapi Museum, that takes him across Europe, Tel Aviv, Damascus, and Tehran in search of the truth.

Don Provance, Jr.  is self-publishing a book with Outskirts Press, and wants your help deciding his upcoming book cover.

JIMMY is the perfect story for anyone searching for the love to accept themselves or the grace to forgive.  A terrible accident carries Jimmy and his father down different forks in the river.  While Jimmy refuses to be defined by his new physical limitations, his father struggles with emotional wounds that threaten to consume him.  Through Jimmy’s eyes we see the immense natural beauty of the Ozarks and we remember that friends bring joy to life and soften the pain of loss.  Jimmy is the caring, emotionally brave hero we all need.  JIMMY is a baseball story, a tale from the Ozarks, and a slave for the soul.

Don is a lifelong resident of the Missouri Ozarks where he still lives with his wife Susan.  They have three children, Laura, Jana and Michael and two grandchildren, Jackson and Camryn.  Don enjoys spending most of his free time in the outdoors of the region either at the lake, floating down the James, or hiking through one of the forests that make up the region.  It is from these outdoor settings that he attains the inspiration for most of his stories.

With the exploding popularity of Facebook, Twitter, LinkedIn, Pinterest and other social media platforms, it’s easier than ever to connect with people all around the world — if you know how to do it. Many, if not most, of the people who would want to buy your book are active on at least one social media platform and, better still, promoting yourself as an author on social media usually costs nothing! With today’s social distancing, social media is more important than ever, and here are 3 reasons to take advantage of it right now:

2. Each platform reaches a somewhat different demographic, so by targeting multiple social media platforms, you increase your potential readership! 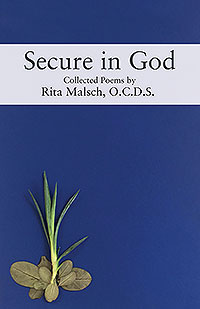 Rita Malsch, O.C.D.S.’s “Secure in God: Collected Poems.“Mystical, practical, relatable, and inspirational, this book of poetry is a testament to the healing powers of faith and that creativity will nourish your soul. In the middle of World War II, Rita Malsch, the youngest of four girls, was born in the picturesque city of Heppenheim, Germany. After emigrating to the United States, life was engaging. Then, tragedy struck. A drunk driver hit Rita. A third surgery on her spine left her paralyzed instead. After a lengthy rehabilitation, Rita found that drawing, painting, and writing were important to her healing process. Along the way, she learned to trust God and take life as it comes. Secure in God is her second book, sharing poetry and artwork reflecting her life with Christ. Rita’s artwork is available at: ritalulay-malsch.fineartamerica.com

Craving a custom cover for your masterpiece? Got your eye on a Book Video Trailer? Is your heart set on copyediting? For a limited time, we’re giving you a $300 credit when you publish your book with either the Ultimate Black & White or Full-Color publishing package. That means those not-so-little extras won’t cost much extra!

Use your $300 credit toward additional production options or upgrades to your publishing package, like:

As if that weren’t enough, we will also format, publish, and distribute a FREE Kindle eBook Edition (a $299 value) when you order either of our top-of-the-line packages today.

To claim your $300 credit, enter promo code octspdcred at checkout when you purchase the Ultimate Black & White or Full-Color publishing package. You will receive a confirmation email when the credit has been added to your account.

“Smooth sailing are the words that best describe my experience with Outskirts Press. Any problems we had were easily handled by their inhouse experts. I’d definitely use Outskirts Press again and plan on doing so with my second book!” – Michael D. Hankins, author of Arizona Rattlesnake Tales