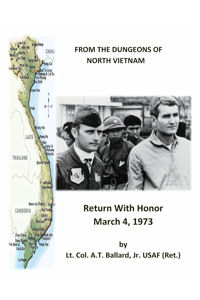 The Pearl of East Texas

William D. Albright’s “The Pearl of East Texas.” Mattie Pearl Albright was born in Shreveport, Louisiana during the Jim Crow era in the early part of the 20th century and then moved to the East Texas city of Berryville. She was a “hero” in that she rose up to stand against the denial of her constitutional rights when bravery was needed. She had a positive impact on her environment and the circumstances in which she lived. This book tells of her remarkable and extraordinary story of love, charity, compassion and leadership.

Catherine Alexander’s “Frenchie.” Being a female Native American in the 1920s wasn’t easy. This inspirational story is based on true life events of a strong and beautiful young mixed-blood Anishinabe woman growing up on the White Earth Reservation who faces not only the challenges of racial discrimination, sexism, and the Depression, but who must also overcome the traumatic experience of rape. Journey with Frenchie as she finds the courage to call upon her own extraordinary inner power.

Intermission- A Place in Time

Glenda Lee Vollmecke’s “Intermission- A Place in Time” Who would have thought that a young girl born in the aftermath of WWII whose family lived on a fixed income would be present at Rock-n-Roll’s most memorable events when the Beatles took Liverpool and the world, by storm. Amazing vivid descriptions of this era, her associations with the Beatles and other Liverpool musicians bring to life an incredible period. Enjoy this riveting autobiography filled with typical British humor and occasional suspense! EVVY Award Finalist.

Linda K. Reed’s “Winter of 1950.” Just when Linda thought life couldn’t be more perfect, the Universe threw her a curve she didn’t see coming. Written with great wisdom and compassion, Linda’s memoir celebrates the growth we experience when life hands us unexpected “gifts” that help us discover something greater than ourselves.

Walter F. Todd’s “The Studio.” Through life’s storms, The Studio was a beacon of light. Walt couldn’t have dreamed how two beautiful but damaged stained glass panels would impact the course of his life. The craft became one of his therapies along with a year-long adventure of travel after the loss of his wife, his mother and his brother. This candid, warm memoir will resonate with everyone who has experienced love and loss…and everyone who has found their center in a creative pursuit.

David A. Koop’s “Cancer – It’s a Good Thing I Got It!.” Find out what all the fuss is about. Read this Gold Medal Winner and Readers’ Favorite book. The diagnosis of Cancer radically changed the author’s life but it also changed his thinking about life and to maximize your life no matter the sickness.

AnnMae Johnson’s “Unsung Heroes (2nd edition).” This is a true story about the immigration of my grandparents in 1864. It describes the enormous changes that have taken place over the past 150 years. We learn that even with all of our automations today, we still need the values of my immigrant relatives. Then, our world could be a more peaceful and rewarding place for everyone.

Success Against All Odds

Regina Ozoemela’s “Success Against All Odds.” Don’t let the obstacles in your life discourage you from accomplishing your goals! You’ll discover the secrets behind finding inspiration and success in your life and career. This simple, easy-to-implement guide will teach you how. Why not start now?

Michael Fortnam’s “Distorted Mind.” Distorted Mind is an inspiring personal story of overcoming mental illness. It describes the experience of depression, hallucinations, and mania in a straightforward, accessible way that readers will easily empathize with and understand. It also provides ways in which caring people can provide support for a successful outcome.