Author Patrick McLean is taking his latest book A Sense of Urgency, on tour — a Virtual Book Tour with Outskirts Press. This will allow Patrick to take his book into the far corners of the globe, all from the comfort of his own home! Keep an eye out for Patrick’s book as he will be featured on several blogs over the weeks and months ahead!

Luckily for us, Patrick was kind enough to answer a few questions as the tour was getting started so that we can give you a sneak peek into the mind of the creator of A Sense of Urgency. 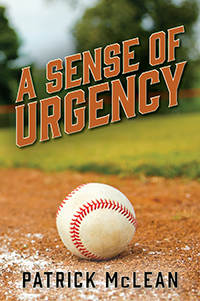 OP: Tell us a little bit about A Sense of Urgency. What is it about?

Patrick: A Sense of Urgency is the second book in an on-going series about alternative baseball history affecting Major League Baseballs’ St. Louis Cardinals. This story is based in 2012, with the team coming off a world championship victory in the first book, entitled One Last Hurrah. The new season brings a new set of dynamics, with Mark Weber taking over as head of the team and Christina Rheinhold forcing her way into the top position as parent company Rheinhold Brewing Company. The crux of the story revolves around Mark’s desire to maintain the status quo with the ball club and Christina looking at the same scenario with a completely different perspective-as a disposable asset to potentially be sold to the highest bidder, no matter where they are located. A group from Charlotte becomes interested in Christina’s intentions, and a tug of war ensues between Mark and Christina. Mark, as an astute brewery marketing and production executive, is seen as too inexperienced by virtually all parties to run the team. Christina doesn’t help by installing her assistant to watch over Mark’s activities. Given the odds against him, Mark enlists the support of two confidants from the first book, plus a crusty former manager, and even a supernatural resource. Throw in a few thugs bent on doing Mark in, a love story, and C4 explosive, you have the ingredients for a good read. Is this a baseball story? A mystery? A drama? Ghost story? You, reader decide.

Patrick: Professional sports franchises seem to be disposable assets nowadays, with teams in virtually every major sport relocating to new markets to get better stadium deals, tax breaks, larger local media packages, and the like. These moves ignore the simple fact that professional sports organizations represent significant components of the social fabric that keeps a community together. Fathers (and mothers), take their kids to sporting events, buy them logoed merchandise, and follow the local teams throughout their respective seasons. Could such a thing happen to a team that has been in the same location for over 125 years, with consistent success year after year and over three million in attendance year after year? I wrote this story to make sure fans of the St. Louis Cardinals don’t take the team for granted and continue to support the St. Louis Cardinals at an exceptionally high level.

Patrick: First and foremost, baseball fans, particularly those interested in the St. Louis Cardinals. But the plot could have played out in virtually any other industry, so I am reluctant to call this just a baseball, balls and strikes story. Anyone interested in drama, the clash between two strong-willed individuals, with ultimately a winner and a loser, would find this book a fun read. And, who knows, it could happen!

Patrick: I’m just like my readers. I’m first a fan and second a writer. And a very methodical one. Took me past 37 years of a marketing career before I got around to using my undergrad Journalism degree. Since then, I’ve taken numerous on- line courses in fiction writing, attended workshops, buttonholed well-known writers when they come through town on book tours, and, in general, tried to make up for lost time. But I never expect nor want to write literary masterpieces that the general public can’t relate. As I mentioned, I’m a fan first. And my writing style reflects in many ways a casual conversation between friends, as well as more intense talk between enemies.

Patrick: The first book of the series-entitled One Last Hurrah, was published in 2014. The time between the first and second books was used extensively for training and practice. Writing, like any endeavor is better when natural ability is enhanced with a strong work ethics. I expect to continue this series, adding a new book for each as long as I physically can do so.

Patrick: I’m hard pressed to find something out there that combines similar elements that I deploy, including an alternate historical season coupled with real data points, plus the extensive use of a supernatural force. Such writers as Darryl Brock and W.P. Kinsella come to mind, but these authors deal in the past and present, whereas my work looks forward within the context of the year chosen.

Patrick: Check out my website (www.baseball-commentary.com) for updates on independent bookstore distribution. The site has a synopsis on both books and a teaser about Book Number Three.

OP: Thanks for your time, Patrick! We look forward to learning more about you as you visit other bloggers! 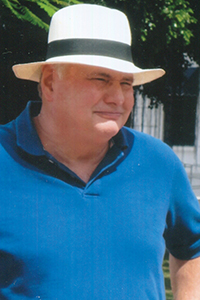 Patrick McLean is a retired marketing executive and adjunct teaching instructor who plied his skills for major consumer brands and sports properties over a 37-year career. His undergraduate degree in Journalism and subsequent career in Journalism was largely unfulfilled until retirement when he wrote his first novel-‘One Last Hurrah,’ which was published in 2014. “A Sense of Urgency” continues the story of the Cardinals, taking it from the field in 2011 to the front office in 2012. In both instances, a supernatural force is introduced and, against all logic, tries to help the main character and his supporting cast be successful in their quests.

For more information or to contact the author, visit https://www.outskirtspress.com/senseofurgency

Beer in the Bleachers

Brian Rini’s “Beer in the Bleachers” examines various facets of America’s Pastime including attendance, stadium design, and the much debated topic of the Hall of Fame. Bold and intriguing arguments are made on the topics of statistical analysis and strategy. Unorthodox tactics and elements are presented which could revolutionize the game if implemented. It is the voice of an educated and opinionated fan.

In his interview, Peterson talks about playing baseball for the New York Yankees, writing his memoirs, surviving cancer and his sequel with the working title, “Joe DiMaggio is Going to Hell.”

Read more and listen to the interview on Ron Kaplan’s Baseball Bookshelf here:

Ready to publish your own memoirs?
Click here for free publishing guides to help you get started.