Much has been said and written about Autism spectrum disorder (ASD) in the decades since it was first codified in medical literature, but one thing remains true: the people with the most to say about it are often the ones with the fewest resources, the least support, and the most to lose. That is, those who are themselves on the Autism spectrum or who live with someone else who is. One of the finer aspects of self-publishing is that this industry has a special relationship with the ASD community and is able to provide a platform for those all-important voices to be heard, as well as amplify their stories.

Here at Outskirts Press, we would like to celebrate our thriving community of authors, many of whom are members of the larger ASD community or otherwise neurodivergent! This month, the month of April, is widely known as Autism Awareness Month by those affiliated with the ASD community, and is increasingly coming to be known as Autism Acceptance Month by those who place on the Autism spectrum themselves. Both aspects–that is, awareness about ASD and its potential presentations, as well as acceptance of those on the Autism spectrum–are incredibly important, as is the work done by self-publishing authors dedicated to them. This is one of many reasons we’re excited to shine some light on those of our authors who are writing on this subject! 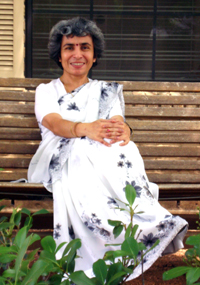 For a treatment-centered approach, consider prolific Soma Mukhopadhyay’s Understanding Autism through Rapid Prompting Method and all the other fascinating and helpful books in her series. They all center on the rapid-prompting method (RPM) mentioned in this book’s title, with the particular goal of improving academic success and communication for persons with ASD or similar disorders. The whole series is published by Outskirts Press and each one is available for purchase through the Helping Autism Through Learning and Outreach (HALO) website, which also offers a number of additional ASD-related resources, or from her webpages or from Amazon, of course. 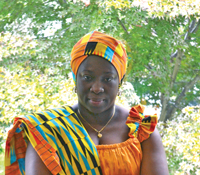 Meet Mansah Gaisie Barnes’ fantastic book for readers of all ages, Yooku My Brother / The Enigma: Autism. Barnes puts her Master of Science degree in special education with a concentration in Autism to work in this special look at the effects of ASD on the individual as well as the joy that results from learning to understand those on the Autism spectrum. This book uses a fictional protagonist to guide readers through the experience, and backs up its conclusions with accessible research phrased in language we can all understand.

Author John Dukes is changing lives. His son, John Jr., passed away in 2016 after living with Autism Spectrum Disorder. In his latest book, Dadders, Can I Pet the Whales?, Dukes takes readers on an emotional journey through the story of his family and the story of his son, whose take on life and the world is both powerful and life-changing. We interviewed Dukes as his book began to receive public recognition.

According to the National Institute of Mental Health and the Centers for Disease Control and Prevention (CDC) roughly 1 in 68 children has been identified with some form of ASD, and these are only the children whose placement on the Autism spectrum requires some form of treatment, educational assistance, or special care. The real numbers, which would include children who are considered “high-functioning” and who face fewer obstacles to self-determined success, are likely much higher. As activist and parent Kim Stagliano writes, those within the ASD community “need advocates committed not only to getting them the acceptance they deserve, but also the critical help they require to survive, in the form of social programs, education, safety and employment opportunities.” In short, they need action. Learning more about ASD and taking tangible action to help support those who live with ASD, research it, or are working to ameliorate the challenges it poses to those who have it, is paramount.

If you’re interested in learning more about Autism spectrum disorder (ASD) in general, we highly recommend you check out our Pinterest page of ASD-related books published by Outskirts Press. Sometimes, buying a book can help change lives. These are some of those books!