Rayfield Walker is self-publishing a book with Outskirts Press, and he wants your help deciding on his book cover.

Out of the Jungle is the heart-wrenching story of Rayfield Walker’s abuse and neglect as a child growing up in Guyana, at the hands of his violent and repressed father, to his eventual escape to New York, where he found success as a star student and catharsis in painting, filmmaking and writing. In New York, Rayfield found wage work at art supply stores in order to save up thousands of dollars to hire professional book editors to help realize his dreams as a published author.

Rayfield’s accounts of repeatedly verbal, mental and physical abuse offer a grim portrait of life in rural Guyana. His father expressed the pain of an identity as a gay man living in an unforgiving homophobic society on young Rayfield, including daily beatings until he urinated or defecated on himself, only to stop in order to lock him in the kitchen cupboard for hours at a time. His grandparents home also became the location of sexual assault and rape by close friends and relatives. Despite enduring horrifying and repeated abuses, he fought for his life with an iron will and the utter determination that there had to be something better.

With the help of those who cared for him, he learned to grab hold of his dreams and to find comfort in the momentum needed to reach his next goal, believing that in this life, no one knows what they will experience, accomplish, or who they can become.

Rayfield Walker is a young man in his early twenties who migrated from his native country Guyana, to the United States in search of better opportunities. Throughout Mr. Walker’s childhood and early teenage years, he lived with his grandparents who loved and took great care of him to the best of their abilities. Constantly, Rayfield was sent to visit his father who never loved and steady verbally, mentally and physically abused him. While Rayfield attended Junior high school in Guyana, he had to work a job so he could support himself and his household through the poor condition his grandparents go through. When Mr. Walker was given the opportunity to permanently live in the United States, he left his native land hoping someday to better the life of his grandparents.

Please take a look at two possible covers below and then vote on the choice you recommend for Rayfield. 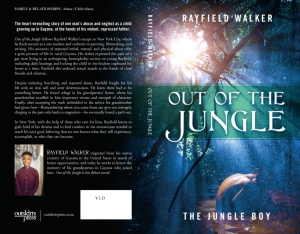 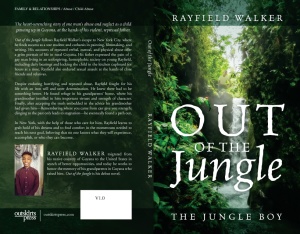