The competition was fierce throughout, but when all was said and done, Bob Ralston, author of God, Physics and Me was named our big winner for his technically impressive and charming video submission below:

Bob wins a Wi-Fi enabled Apple iPad Mini for being the finalist receiving the most public votes for his video in our “Give Thanks” video contest. Congratulations, Bob!

After Bob’s discharge from the Navy in July 1946, he attended the University of California at Berkeley, and studied at its outstanding physics department. After graduation, he worked at Lawrence Livermore National Laboratory, doing exciting applied research that focused on nuclear safety, nuclear waste disposal, and environmental studies. Born in 1926 in Los Angeles, Bob was drawn at an early age to science and spirituality. A prolific writer and reader since the third grade, he currently lives in Northern California.

God, Physics, and Me is a book that serves as a living example of how science and religion can indeed peacefully coexist.

Click on the cover to order for a 10% discount

In “God, Physics and Me,” physicist Bob Ralston writes about his quest to reconcile his spiritual beliefs and faith in God with his scientific knowledge of the physical world. Ralston candidly writes of a childhood filled with wonder for and confusion about the spiritual world and, later, his thirst for scientific knowledge.

Strangely, perhaps, Ralston’s increasing understanding of physics fueled a spiritual quest that pervaded his professional and personal life. “God, Physics and Me” explores one man’s spiritual quest and path to peace through God and science. It’s a must-read for anyone who struggles to find peace and understanding in their spiritual and physical worlds.

Congratulations, again, to Bob on his victory! 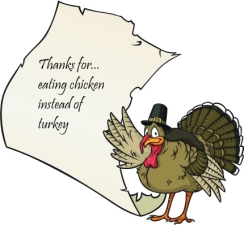 Earlier this month, Outskirts Press invited members of its Facebook community and family of successfully published authors to participate in a “Give Thanks” video promotion for the chance to win a free Apple iPad Mini.

Now it’s time for you to choose the winner of the iPad Mini! From among all the submissions we received, the top videos are presented below.

Vote for your favorite in the polling box below the last video. The polls will be open until 11:59 PM EST on Wednesday (November 28th). The winner will be announced on Friday, November 30th. Thank you to all our wonderful authors who took the time to submit a video; and good luck to our fantastic finalists.

VIDEO #1: Melissa Burke, author of Poetry and Short Stories by a Bipolar Girl

VIDEO #2: Maribel Grunloh, author of Confessions of a Tour Guide

VIDEO #3: H Robert Ralston, author of God, Physics and Me

Are you ready to publish your book?