John F. Brinster takes pride in his works as they are largely satirical, dedicated to improved behavior and more peaceful coexistence of mankind.  Learn more about Brinster, his scientific background and his published works in this week’s Self-Publishing Author Spotlight.

Now retired, John is still passionate about science as he also focuses his energy on his books. He is an active member of the Author’s League, the New York Academy of Science, and the American Association for the Advancement of Science. He is also an active supporter of the Princeton University for Advanced Study. 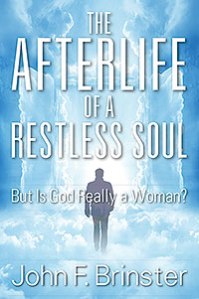 The Afterlife of a Restless Soul: But is God Really a Woman?

A book within John F. Brinster’s Cackelry stories,  The Afterlife of a Resteless Soul Brinster explores the notion that all humans must eventually die and the fact that afterlife is of universal concern. The imaginative mind looks to its best interest; while religion can guide men’s soul,  simple belief is not for everyone. Readers are introduced to Professor Jeremiah B Cackelry III, a brilliant Einsteinian scientist, intent on saving the world. He is a confirmed atheist who married his young assistant and met death by Viagra complications.

The Afterlife of a Restless Soul follows his spirit into the afterlife where, finding no God, he reorganizes heaven. Disillusioned by ideal existence, he returns to the planet plagued by fear that a God might exist and is likely to be a woman. 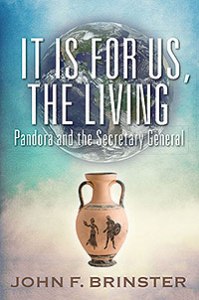 It Is for Us, the Living: Pandora and the Secretary General

As Brinster continues his Cackelry stories, It Is for Us, the Living follows protagonist, Professor Jeremiah B Cackelry III of Oxford, as he is the only non-believing descendant of a long Scottish line of Cackelry theologians.  The It Is for Us, the Living finds his widow involved in The Sacred Legend of the Great Wall in which an ancient matrix of carved ivory seals points to the wall location of an important cache. It describes the substitution of the Christ child in the manger by a twin son of the first Chinese ambassador to the Romans. Readers soon find out that the second twin is mistaken for resurrection. 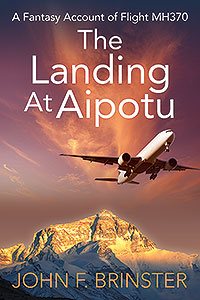 The Landing At Aipotu: A Fantasy Account of Flight MH370

The Landing at Aipotu: A Fantasy Account of Flight MH370  presents an alternative to the generally accepted end to the mysterious disappearance of the Malaysian aircraft. When extensive searches found no trace of the airliner that left Kuala Lumpur intended for Beijing, the media reports were merged with a Cackelry story in process to give readers a fantasy account of Flight MH370.

Ready to publish your own book and become a successful Outskirts Press Self-Published Author? Click on the link to get started!